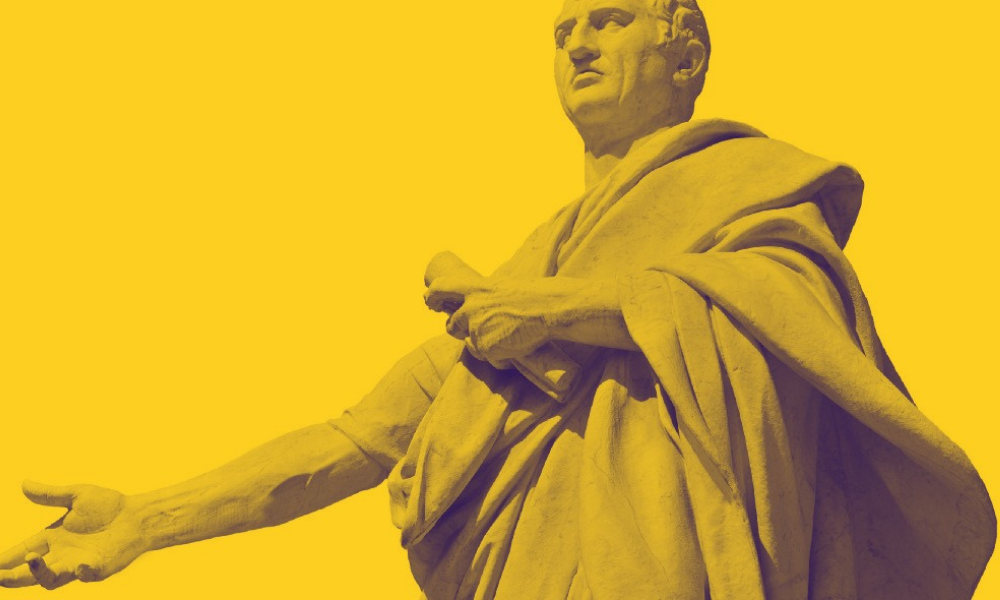 Cicero (106BC — 43BC) was one of Ancient Rome’s most famous orators. He famously wrote to a friend that “if you have a garden and a library, you have everything you need”.

Similarly, Epicurus — the ancient Greek philosopher who lended his name to Epicureanism — left the hustle and bustle of Athens to cultivate a garden with his friends. There, they lived off the land, and endlessly pondered philosophical questions.

Buddhist monks too withdraw from society to join monasteries de to their religious practice. In fact, the work monk is derived from the Greek word monos, which means alone. Here, like the Epicureans, they can forever meditate and contemplate life’s big questions.

We might take all of this to suggest that we too, in our quest for an enlightened, spiritual life, should quit our jobs, and withdraw to a nearby mountaintop.

But while a garden and a library might be everything you need, we weren’t born for ourselves — and this is something that Cicero himself asserted in On Living and Dying Well.

Cicero says that we were born to serve other people, and that life’s greatest law is “the good of the people”. According to the great orator, great souls undertake useful projects.

And when it comes to the topic of withdrawing from society, Cicero declares that “Renouncing office, if you are capable to hold office, is just fear of inconvenience and hard work”.

Theodore Roosevelt would echo Cicero two millenia later, when he enshrined in his now famous Man in the Arena monologue, that we should spend ourselves in a worthy cause.

And this is what it comes back to.

Life can and is difficult.

We’re prone to hedonic adaptation so that whether we experience incredible joy or sadness, we always return to our default baseline.

Whenever we reach our goals, the goalposts mysteriously shift further out of reach.

And just when we think we’ve got most of it figured out, it’s time to check out, for as Cicero put it, compared to the entire timeline of humanity, our lifespan is comparable to that of tiny creatures.

What makes life — and all of its inevitable challenges — worth living, is to undertake useful projects.

This helps us to reconcile the friction between ambition and contentment — a question often posed by high-performers. If you are spending yourself in a worthy cause, rather than in the pursuit of more status, sex and stuff, the process becomes the reward.

And the more useful the project — the more people it impacts — the more status, sex, and stuff you will no doubt gain access to should you still want it. Paradoxically though, when we invest ourselves in a worthy cause, our desire for many of life’s short-term distractions tapers off, because by virtue of doing fulfilling work, we’re no longer seeking distraction or a reprieve from reality.

I saw this play out myself when I left a big four consulting firm — a time when I would drink and party excessively three to four nights a week — to start a business where I felt I could truly make an impact on the world (my children’s entrepreneurship program, Lemonade Stand). My desire to numb myself and forget about the week that was quickly faded away.

So if you’re thinking about just leaving it all behind, perhaps it’s not a change of location that you need, but a change of vocation.

Perhaps you’re partaking in a line of work purely for the acquisition of riches, status, stuff, and sex, but completely disconnected to the company’s mission or lack thereof?

Life’s hard, but spending it doing something that you don’t intrinsically value, is an order of magnitude harder.