Get Out Of The Building for Corporate Innovation Efforts 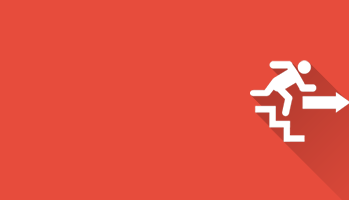 Large corporations can have what seems to startup founders to be vast amounts of resources — more than they know what to do with (this can often be the case where companies elect to pay out huge dividends instead of investing in R&D). So why don’t large companies with millions and sometimes billions of dollars in capital reserves come out with the next big thing, the next UBER or the next Xero?

What many startup founders, particularly those who haven’t worked in the corporate space, neglect to appreciate is that large organisations are bound by resource allocation procedures that make the political and diplomatic effort required to access them akin to parting the red sea.

The larger an organisation gets, the more policies, procedures, business units and cost centres it puts into place.

The more cost centres, the harder it is to rally troops from across the organisation to collaborate under one banner, bring unique and diverse experiences to the table and innovate.

They are actually more likely to compete in a traditional business structure, as proved fatal for Sony — once custodian of the world’s biggest portable music device and largest recorded music label. Unfortunately for them, Apple managed to connect the dots between the two to create the iPod and not Sony’s competing business units.

The more processes an organisation puts into place to cope with its size and growing regulatory oversight, the slower the it becomes.

For example, in my contracting travels I have delivered innovation consultancy services for a large accounting firm. I rudely discovered that in order to send an invitation to a group of 20 clients in order to perform some customer testing, that I would have to go through marketing. Marketing promptly provided me with a number of forms to complete to ensure that the communication aligned with the company’s branding and privacy requirements. Once the forms were completed, the designated personnel would have to sign off on it.

As such, sending a simple invite could take days and sometimes weeks.

Innovation simply does not work prosper under such circumstances.

Innovation is not Incentivised

In addition to this, employees of most large professional services firms for example are not judged on their ability to come up with new ideas or successfully explore and deliver uncertain outcomes, which is the nature of disruptive innovation. They are assessed based on their billable hours and dollars generated. As such, they focus on the now — existing products and existing customers — where it is easier to meet targets.

So what is a large organisation looking to build a culture of innovation to do?

While, they can try to influence culture and the mindset of people to shift from a fear of failure and focus on certainty to one of taking risks, this would not only take a lot of time and require the reconfiguration of organisational values and processes but it would probably come at the expense of the core business — you know, the one that makes all the money right now.

What forward thinking companies in this space have been doing is setting up independent teams, free from the values, resource allocation procedures and processes of the mothership to do exactly this.

They are given the time and mandate to make lots of small bets by running lots of short sprints using human-centred design and lean startup methodology. They build business models, determine key assumptions, build prototypes to test these assumptions and engage with customers almost from day one. This helps them move quickly towards failure, learn from these failures and find product market fit without the burdensome, insular, slow and expensive nature of traditional product development inside a large company.

A recent CapGemini report found that 38% of the largest 200 companies by revenue have already set up innovation centres. Companies such as IBM, Cisco, CSIRO, National Australia Bank, Telstra, AT&T, BMW, McDonalds, Sephora and Walmart have all set up innovation labs, oftentimes in the middle of the tech ecosystems, accelerators and coworking spaces of cities such as Silicon Valley, New York, Tel Aviv, London, Berlin and Melbourne.

Get Out Of The Building

Oliver Hoy, an innovation manager at Australia’s largest sports betting company Sportsbet, sent his team to Collective Campus (note, I am a co-founder) in order to learn all about lean startup methodology in a different environment where failure is embraced as a necessary learning tool. “We wanted our team to know what it’s like to be an entrepreneur and what it’s like to work in a startup environment”, said Hoy.

Physically locating an innovation team, best comprised of people from throughout an organisation, in an external innovation hub where they can not only co-locate in a different, dynamic environment but also learn the ropes of entrepreneurship and customer driven development through targeted workshops and mentorship and networking with startup teams, gets them thinking and behaving in a way that is conducive to supporting the discovery of new disruptive innovations.

Companies such as AT&T, Shell and Proctor & Gamble have partnered with startups and outsiders in what is dubbed as ‘open innovation’ efforts. P&G’s open innovation program, Connect + Develop, has been incredibly successful. Just some of the innovations to come out of the program have included Clearblue andBounce Dryer Bar.

It is nigh impossible getting the same outcomes within a traditional, hierarchical organisation.

In summary, large organisations can circumvent some of their inherent constraints by:

set up independent innovation teams with their own processes, values, resources and KPIs to successfully support the taking of lots of small bits bring cross functional people together under the one banner so that varied and unique perspectives are captured co-locate innovation teams in tech coworking spaces and accelerators engage in open innovation campaigns where corporate problems are solved collectively by engaging with external startups, entrepreneurs, designers and developers