Forget Returning to the Office — head to a Third Space instead. 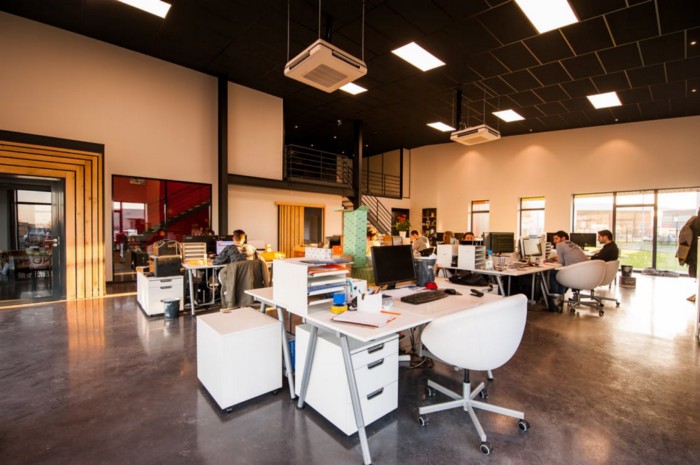 Since the pandemic forced organizations around the world to finally embrace remote work, more and more people are having sea-change and tree-change moments.

In Victoria’s coastal Mornington Peninsula, traditionally a popular second-home destination for wealthy Melbournians, property prices have soared by as much as 30% in the past 12 months.

The peninsula’s mayor, Despi O’Connor, said that the trend in people relocating from Melbourne to the peninsular was an unanticipated outcome of the pandemic.

The thinking is ‘if I don’t need to regularly commute to the CBD, why do I need to live nearby?’

After all, cities as we know them are a natural evolution of the industrial revolution, with people flocking to where the work was. But for today’s knowledge workers, the work can increasingly be done from anywhere.

Not only that, but as property prices have cut many out of metropolitan markets, newly remote workers are jumping on the opportunity to buy their dream home in a dream area at a significant discount to what they’d pay for a comparable home closer to a CBD.

This is a trend playing out the world over, from New York to Tokyo.

But, will it last?

But there is a new question being posed.

The third space was a concept that initially made waves in the late noughties and early tweens when the then-bustling coworking movement was just getting started. It essentially refers to a place you can work from that’s not home or the company office — think cafes, libraries, and hotels.

But today, a new kind of third space is emerging.

Local commercial coworking spaces, like WeWork except smaller and not in the CBD, are growing in number.

Commercial real estate giant CBRE launched its own coworking business, Hana, in 2019, and is rolling out a number of third spaces in suburban shopping malls such as Highpoint in Melbourne’s west. Whereas there are a growing number of independent providers, such as OfficeOurs in the inner-western suburb of Yarraville, servicing this market.

The fact is that most people still want the opportunity to go to an office to get work done when they want to. They miss the camaraderie, being around other people, the clear delineation between work and home, the productive vibes they get from being in the office, and ultimately, they’re growing tired of and a little demotivated by staring at the same four walls each day at home.

Dan Nikolin, senior legal counsel at e-conveyancing company PEXA, is an advocate of the hybrid approach. “As a full-time working dad, my ideal split is three days from home, and two in the office. I’m grateful to work for a company that supports flexibility but also strives to maintain a robust company culture.’

What people don’t miss however is the commute.

In Melbourne, the average pre-pandemic commute was 49 minutes one way, which quickly adds up to almost nine hours a week.

Premium commercial offices in cities like Melbourne and Sydney cost organizations about $1,500 psqm (annual), which at a typical rate of 10sqm per person, translates to $1.5M for a 100 person organization. This effectively puts the cost per employee at $15,000 per year but doesn’t include fit-out, utilities, cleaning, and on-costs.

Membership dues in premium third spaces typically cost about $500 per month, or $6,000 per year, a significant discount to traditional office space, not only saving organizations money, but giving their people the best of both worlds.

Organizations could have preferred partner spaces where employees who living within municipal boundaries work, maintaining some sense of office identity, and giving people the opportunity to interact with colleagues as well as people from other organizations.

Privacy and security concerns can be quelled by investing in dedicated secure spaces within coworking spaces, not dissimilar to what large and now troubled coworking providers like WeWork popularized pre-pandemic.

Whatever the case, with work-life conflicts being a major contributor to workplace stress, giving people the opportunity to cut the commute, broaden their living options, and still visit a company office, is a worthwhile consideration for leaders everywhere.