Extreme Success with a Balanced Life — is it possible? 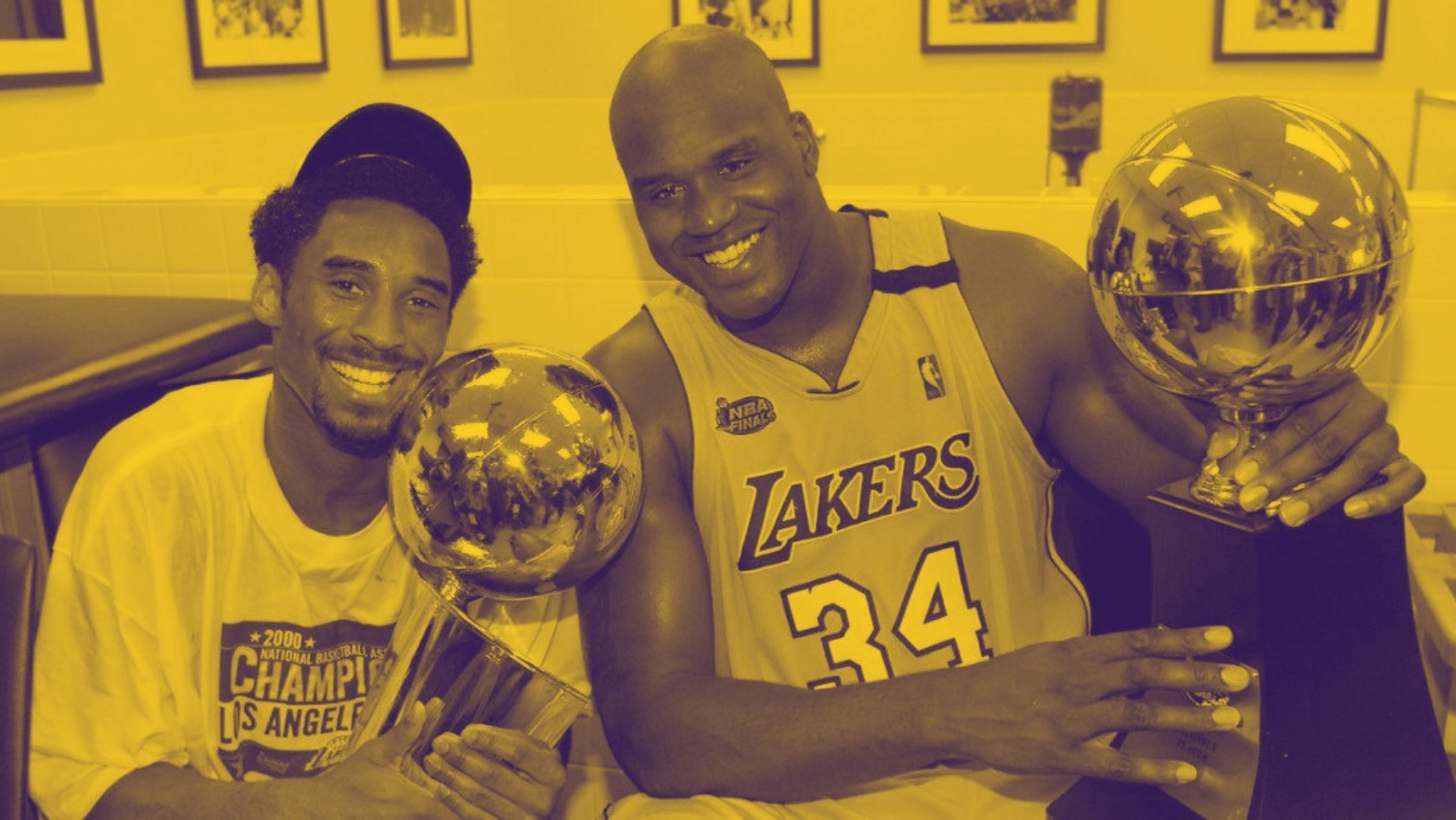 Can you achieve extreme success whilst living a balanced life?

This question was posed to Olympic medal-winning speedskater, Apolo Ohno, by Shane Parrish, on The Knowledge Project recently.

“Nobody comes to mind”, said Parrish.

Ohno added that “from an overall happiness perspective, having a balanced life can yield wonderful benefits, (but) I think in terms of sheer performance when it comes to sport or other tasks, everyone has the same common trait which is obsession, narcissism, insecurity, fear of failure, and trauma at a deep level”.

For most of us, the road to the top conjures up images of hustle and grind.

Sports is full of iconic examples, none more so than basketball.

Larry Bird shot 500 free throws a day before his first-class during high school.

The late Kobe Bryant hit the gym before sunrise every day to work on his game.

And in the entrepreneurial domain?

Bill Gates imposed a punishing work schedule, working between 80 and 120 hours a week until his 31st birthday, by which point he had taken Microsoft public and become the youngest person in the world to become a billionaire.

Similarly, Elon Musk works for between 80 to 90 hours a week, and in 2018 worked as many as 120 hours a week, often sleeping on Tesla’s factory room floor.

Jack Ma, the $40 billion man behind China’s Ali Baba, last year pressed for a 12-hour workday to be introduced in China, suggesting that anything less was slacking.

Be Wary of Absolutes

I have much respect and admiration for what both Parrish and Ohno have achieved in the athletic and business domain respectively.

However, in the abovementioned exchange between the two, they used the absolutes ‘nobody’ and ‘everyone’.

I’m wary of absolutes, because, well… few things are absolute.

Oftentimes, the use of absolutes indicates either limited information (not having actually met someone that falls into Category A) or a simplification, devoid of nuance.

And so, it got me thinking…

Are there examples of people achieving extreme success whilst living a balanced life?

Are there exceptions to the so-called rule?

Of course there are.

But First… a Definition

For the purposes of this article:

And we must delineate between people maintaining extreme success once reached, and the achievement of it in the first place.

Once we’re at the top of the mountain we often have the liberty of taking the foot off the gas somewhat because of the resources — tangible or otherwise that come with being on top, but getting to the summit is a lot more like rolling a proverbial boulder uphill.

As someone who researched productive work habits and penned a subsequent book called Time Rich — essentially about getting twice as much great work done in half the time, I came across numerous examples of people achieving extreme success whilst living a balanced life.

Charles Darwin, best known for his contributions to the science of evolution, only worked about five hours a day, and that included a break for lunch. Doing so didn’t prevent him reaching the top of his field and discovering what has become a foundational concept in all of science.

GH Hardy, one of Britain’s leading mathematicians of the first half of the 20th century, started his day with breakfast, checking the cricket scores and then settling in for a long day in the office: a long four-hour day, that is. From 9 am to 1 pm, he would be immersed in mathematics. The rest of the day, he busied himself with leisure activities like games of tennis and long walks in nature.

He told fellow Oxford professor CP Snow that “four hours’ creative work a day is about the limit for a mathematician”.

Joe Rogan is today best known for his incredibly popular podcast, The Joe Rogan Experience, which in early 2020 was licensed to Spotify for a reported US$100 million.

But Rogan has also achieved extreme success in two other fields — standup comedy and sports commentary. And he has done so whilst maintaining a daily exercise routine, becoming a black belt in jiujitsu, pursuing interests such as bow hunting, raising a family. Oh, and he was also a national taekwondo champion until his early 20s.

There is no doubt he works hard, but it’s hard to say that he is all in on any one thing — but that he invests the necessary energy across a number of things, achieving extreme success across the lot.

New York Times bestselling author, Ryan Holiday, wrote that Iron Maiden vocalist Bruce Dickinson is not only the vocalist of a band that has sold over 100 million albums worldwide, but also a professional airline pilot, novelist, Olympic-level fencer, radio DJ and ‘who knows what else’.

As Holiday put it, “I hate this idea that we can only be good at one thing”, sighting several benefits to doing many things, one being the power of analogical thinking, the second a more efficient distribution of energy, and third, creative breakthroughs.

“Creative breakthroughs happen when we let go for a moment. For some of us, this is going to the gym. For others, it’s putting one project down for another. It’s taking a break and going to our other office.”

These creative and strategic breakthroughs tend to be a lot more valuable to us in the long run than powering through more work while we eat lunch at our desks.

Kobe Bryant, whose work ethic was perhaps matched only by Michael Jordan, often complained that Shaq wasn’t pulling his weight, a hallmark of their ongoing battle for the leading role while both men suited up for the LA Lakers.

While Kobe worked out all summer, Shaq would let himself go, party and drink, record hip hop albums, eat junk food, and do little to no working out. Even during the season proper, he would do the bare minimum in training, whilst Bryant would be the first one on the court and the last one off it.

But to Shaq, this was necessary to conserve his 300-pound body and save his best for game time.

It didn’t stop him from winning four NBA championships, three NBA Finals MVP awards, and 15 NBA All-Star appearances. And as Bryant would later put it, Shaq was the MDE — most dominant ever.

While I’m delving into early experimentation here, Rafael Nadal, 19-times tennis grand slam winner, grew up playing both tennis and football. He was once a striker, whose childhood team won the Spanish inter-league championship, and he didn’t focus on tennis until the age of 12.

Roger Federer too, perhaps the greatest tennis player of all-time, played multiple sports until his early teens, at which point he decided to pursue tennis professionally.

Echoing Holiday, David Epstein — author of Range: How Generalists Triumph in a Specialized World, found that dabbling in multiple sports gives athletes a range of physical proficiencies from which they can draw, learning about their own abilities and proclivities.

In the musical domain, Karl Anders Ericsson observed the same pattern in a study of violin students at the Berlin Conservatory of Music — one of the leading universities of music in Europe, and one that has a long list of notable alumni.

According to Ericsson, “deliberate practice is an effortful activity that can be sustained only for a limited time each day”.

Practice too much, and you increase the odds of being struck down by injury or burning yourself out.

Students marked for greatness, it was observed, had several short practice sessions each day, each lasting about 80 to 90 minutes, with half-hour breaks in between. The actual practice time added up to about four hours a day.

This upper limit, Ericsson concluded, is defined “not by available time, but by available mental and physical resources for effortful practice”.

After interviewing the students it became clear that it was primarily their ability to sustain the concentration necessary for deliberate practice that limited their hours of practice.

A survey into the working lives of scientists carried out in the early 1950s arrived at the same conclusion. The data showed an M-shaped curve that rose steeply at first and peaked at 10 to 20 hours per week.

Scientists working 35 hours a week were half as productive as their 20-hour-a-week colleagues. Not only does working long hours not make you more productive, but the lack of rest can harm

the subsequent hours you spend in the office. This makes you less productive in the long-run.

To further this point, the 60-plus-hours-a-week researchers were the least productive of all.

Balance can actually make us more productive at what we do, because of the heightened physical and mental resources available at our disposal.

Otherwise, we risk falling into the category of the 60-hour a week scientists, who turn up burnt out to work, whose physical presence can be described as almost zombie-like — empty on the inside.

In fact, that is the definition of burnout.

Coined by psychologist Herbert Freudenberger in the 1970s:

If you have ever seen a building … burned out, you know it’s a devastating sight … some bricks or concrete may be left; some outline of windows … the outer shell may seem almost intact.

Only if you venture inside will you be struck by the full force of the desolation. Someone who’s burned out may not seem that way on the outside, but on the inside they are empty.

When we’re burnt out, we become irritable, and our sleep, immune system and ability to focus suffer.

And it doesn’t stop at individuals, but this phenomenon shows up at organizational performance as a whole.

Similarly, when it comes to organizations as a whole…

And going back in time, in 1914, the Ford Motor Company radically doubled wages and cut shift hours from nine to eight, increasing Ford’s productivity and profit margin (margins doubled from $30 million to $60 million in just two years — a feat most of today’s private equity firms would be proud of).

Perhaps the idea that you can’t achieve extreme success with a balanced lifeis a matter of correlation rather than causation?

Countless media outlets and successful personalities sell us on the idea of hustle and grind, of 12-hour workdays, and this then gets espoused by the next generation of high performers.

But perhaps they succeeded in spite of the extreme hours they’re putting in, putting themselves at risk of burnout and sacrificing life’s other fruits?

Not only that, but we’re also susceptible to survivorship bias, in not accounting for the thousands upon thousands of people who never reach extreme success because they burnt themselves out long before the summit.

Based on this, I can only conclude that is indeed possible to achieve extreme success with balance, just as it is possible to do so without it.

This binary question also discounts the role of other contributing factors — talent, education, luck, genetics, socio-economics, attitude, and so on.

Based on the research explored here, one can also argue that getting to the summit increases the more rest and balance you incorporate into your life because it empowers you to both bring your A-game when you are called to action, and play that A-game for longer.

Finally, if said extreme success leads you to neglect every other aspect of your life — your personal relationships, your health, your interests, your understanding of the world around you, your development as a complete human being — is it really an aspirational idea of extreme success to begin with?