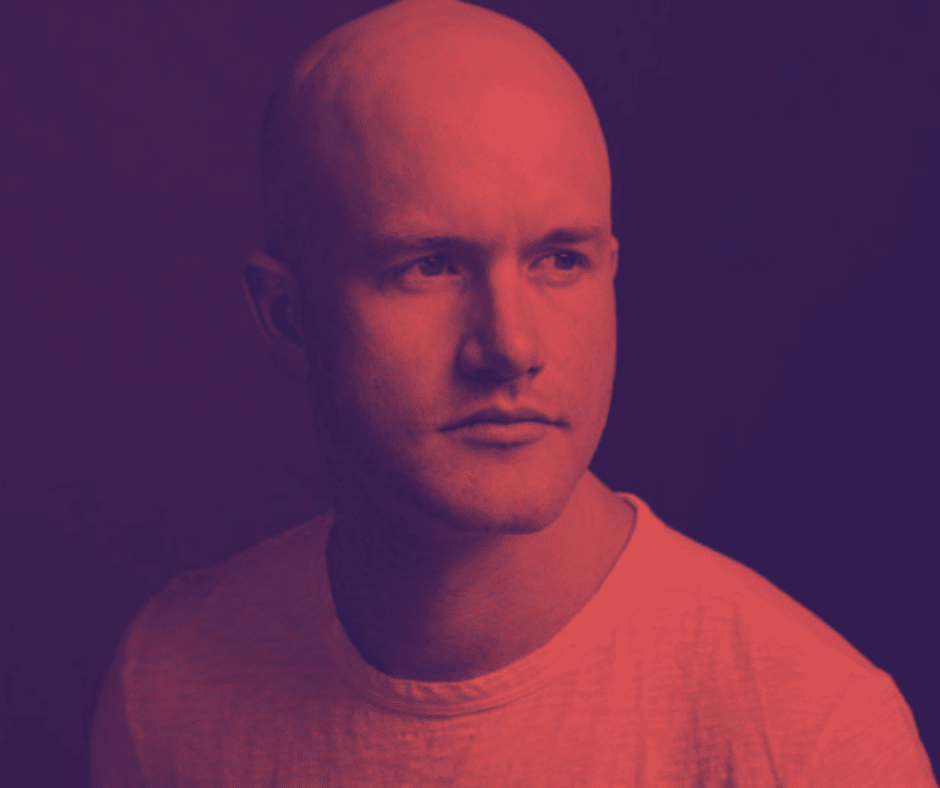 There was a time in the not too distant past when one simply didn’t talk about politics or religion in the office.

But the pendulum has swung, and we live in a world where signalling your political allegiances is almost foundational to the recruitment and performance review process at many companies — especially in big tech. And as former Googler James Damore, and former Oculus co-founder Palmer Lucky found, signalling the ‘wrong’ political allegiances — eg. conservative ones — can get you fired.

The lines between work and politics have been blurred in the name of corporate social responsibility (CSR) efforts, something that has become almost akin to a license to operate in many parts of the world, and extends to social justice politics. This is manifest in the proliferation of ‘diversity, equity and inclusion’ (DEI) functions and policies at organizations of all sizes, all over the world.

I recently wrote that DEI programs are prone to backfire in five fundamental ways.

I don’t want to repeat myself so you can find my elaborations here, but #3 is quite self explanatory, and we saw how this can play out at Spotify recently.

Last week, the streaming giant’s New York-based employees lobbied CEO Daniel Ek to censor the newly-licensed The Joe Rogan Experience, because of the show’s exploration of ideas or positions that don’t neatly fit into the prevailing social narrative. They took specific exception with a recent episode on gender dysphoria amongst teenage girls. Leaked questions from internal meetings at Spotify indicate that ‘many LGBTQ Spotifiers feel unwelcome and alienated because of leadership’s response in JRE conversations’.

Whether they want it or not, leaders are cogs in a fast-moving machine, which requires them to clip their claws…

Choosing to censor such content would create an environment where certain political ideologies are held up above others, and therefore make conservative employees feel alienated and unwelcome.

And when it comes to conservatives in America, they represent a much larger percentage of the adult population (42%), compared with LGBTQ (5.1%) or transgender adults who represent a mere 0.6% of Americans.

It makes little sense to do something that would alienate 42% of potential employees and customers (not to mention centrists or centre-leftists who don’t buy in to the prevailing narrative) for the benefit of the 0.6% (all of whom we’ve already indicated are unlikely to be offended by the material in question). That aside, by not choosing to censor or remove content, Spotify gives employees and listeners the respect and ability to choose what they want to listen to, and leave political signalling out of the equation, something I commended in this article.

But placing the interests of the minorities ahead of everyone else at the expense of merit and fairness, disadvantages ability, attitude, experience and effort.

And this becomes the status quo when you put ideologues in positions of power.

The global lead for equity and inclusion at Microsoft for Startups identifies as a raging feminist, and sees fit to throw the bird at the proverbial man in her Twitter profile pic. There’s a whole lot of virtue signaling going on here — I count three; BLM, gender pronouns and feminism. One can’t help but wonder what her position is on transgender females dominating women’s sports is, given her being a raging feminist and all.

And ‘raging’ as opposed to ‘radical’? Perhaps the latter was too risque because it has routinely been criticised for being anti-sex and calls for the radical reorganisation of society to remove men from all level of superiority.

Either way, the message is clear — the countless and growing number of ideologues employed in such roles all over the world are not likely to hire based on merit, especially if the best person for the job happens to be white and male. Such ideologies optimize for meeting quotas, and for putting minorities ahead of merit (which aren’t mutually exclusive by the way with 41 percent of Facebook’s staff and up to 34 percent of Google’s being Asian-Americans).

These programs are prone to forget the E in DEI. As the Centre for Creative Leadership put it, equity should come before diversity and inclusion. “We prefer to shift the order to EDI…our belief is that without equity, efforts to promote diversity and inclusion are laudable, but not sustainable. To enact equity is to provide all people with fair opportunities to attain their full potential”.

Programs that place too much emphasis on the D in DEI disincentivize effort because greater weight is based on someone’s skin color, sexual orientation or gender, which not only seeds resentment amongst marginalised majority groups, but creates all sorts of unintended consequences such as organizational performance, employee turnover and internal sabotage.

Fortunately, Daniel Ek for now at least is standing firm in his decision not to censor the Joe Rogan Experience.

Encouragingly, hot off Daniel Ek’s resistance to Spotify staffers, Brian Armstrong, CEO of crypto platform Coinbase, published a blog post this week which effectively said that his company was focused on its core mission, and not on social justice activism. As he put it, “The reason is that while I think these efforts are well intentioned, they have the potential to destroy a lot of value at most companies, both by being a distraction, and by creating internal division”.

Naturally, Armstrong drew fire on the left-leaning and narrative pandering Twitter, but he also drew some encouraging support from the uber-influential Paul Graham (below), founder of the world’s most accomplished startup accelerator program, Y-Combinator, whose alumni includes Airbnb, Stripe, DoorDash, Dropbox, Reddit, GitLab, Twitch, and Zapier, amongst countless others.

And in typical fashion, whilst Armstrong and Graham’s sentiments are grounded in fact-based multiple-order thinking, criticisms came from people who instead chose to appeal to emotion.

Graham echoed Armstrong’s sentiments that companies can’t succeed trying to do everything, and that well-intentioned activism is likely to destroy a lot of value at companies. Armstrong went on to say that “Creating an open financial system for the world is already a hugely ambitious mission, and we could easily spend the next decade or two trying to move the needle on global economic freedom”.

Of course, our self-declared raging feminist was face-palming in response, reflecting a disturbing trend in tech to disengage when different views are presented.

It says a lot about the times when a CEO declaring that he is focused on the company’s core mission makes headlines.

Here are some of the highlights of the blog post, and why they matter.

“With more resources, we can have a greater impact on the world”

What a lot of the social good flag-wavers miss is that in order to make a profit, you generally need to be creating some form of value, so that people or organizations will exchange currency with you. And not only that, but when you run a profit-seeking, growth-hungry enterprise, and do it successfully, you are inclined to hire and pay more people, while also transacting more frequently and in greater sums with suppliers, who are in turn going to hire and pay more people. Those people are going to, in turn, not only put food on the table and put their kids through college, but also transact with various other places of business who in turn hire people and… This is how the economy works, people.

The more successful a business becomes, the more impact it has — directly and indirectly — on the broader economy.

We’ve already seen this play out. In the 150 years since Karl Marx wrote Das Kapital and heavily criticized capitalism (and perhaps rightly so at the time), we’ve gone from ten-year-old English children working in coal mines for two shillings a day (one-tenth of a pound), to widespread healthcare, literacy and education, electricity, running water and sanitation, telecommunications, transportation and so much more, best exemplified in these charts by the late Hans Rosling. We’ve seen the doubling of the human lifespan (not adjusted for the significant decrease in child mortality). So to what do we owe all of this social good? Capitalism.

In fact, K-12 schools as we know them became widespread in the late 19th and early 20th Century so that children would have somewhere to go whilst their parents spent the day on the factory floor.

And aside from all of this, Coinbase is focused on creating an open financial system for the world — one that brings economic freedom to people all over the world, and as Armstrong points out, by generating profit, they are more likely to deliver on that mission.

An astute point. Nobody is denying that there currently exist injustices in the world. First, it’s important to note how far we’ve come in terms of racial and social injustices in the past fifty years, and second, these are complex problems and solutions aren’t as easy as defunding police, or playing puppet master with your organization’s gender, color and sexual orientation split. These are short term solutions that are likely to have all sorts of longer term implications, or in the case of defunding the police, short term ones too.

New York City voted to shift US $1billion in funding from its Police department in July, and saw shootings more than doubled in August, while murders rose by 59 percent, according to NYPD data, below. Decisions have consequences.

As Armstrong points out, “even if we all agree that something is a problem, we may not agree on how to actually go solve it”, and siding with one solution or another is likely to sow internal dissent, vocal or otherwise.

In this age of cancel culture, where anybody in a position of power speaking out against the prevailing social narrative risks career devastation, I commend Armstrong for speaking out. It is the latest in a short but growing line of authentic leaders taking a stand, and ultimately encouraging others like them to do the same.

Some have called Armstrong’s stance ironic, given his company wants to disrupt the financial system, but this suggests that wanting to disrupt a system suddenly means you want to disrupt all systems, which is clearly flawed thinking.

Others pointed to the fact that Silicon Valley has always been about change-making and that Armstrong’s move is against the spirit of big tech. Yes, tech companies were able to lure talent away from investment banks and management consulting because they could make a real difference and ‘change the world’, but that was always inextricably linked with the core missions of the companies, not secondary social ones. At Airbnb, it was about feeling at home anywhere, connecting people, and making awesome travel experiences more affordable. At Facebook, it was initially about bringing the world closer together. At Uber, it was to bring affordable transport to everyone, everywhere. And Armstrong is freeing up his company’s cognitive capacity to focus on their own core mission.

Coindesk wrote that Armstrong’s stance might hurt talent acquisition, but if you look at some of the core attributes of successful tech companies — at least in their earlier stages — it’s a shared mission, diversity of thought, singular focus, conviction over consensus, and hiring people based on ability and merit.

“Many workers feel empowered, and potentially more productive when they’re allowed to speak out on causes”, wrote Coindesk. But when you alienate 42 percent of Americans, and no doubt millions more with centre and centre-left views, that’s okay?

I think Coinbase will be just fine.