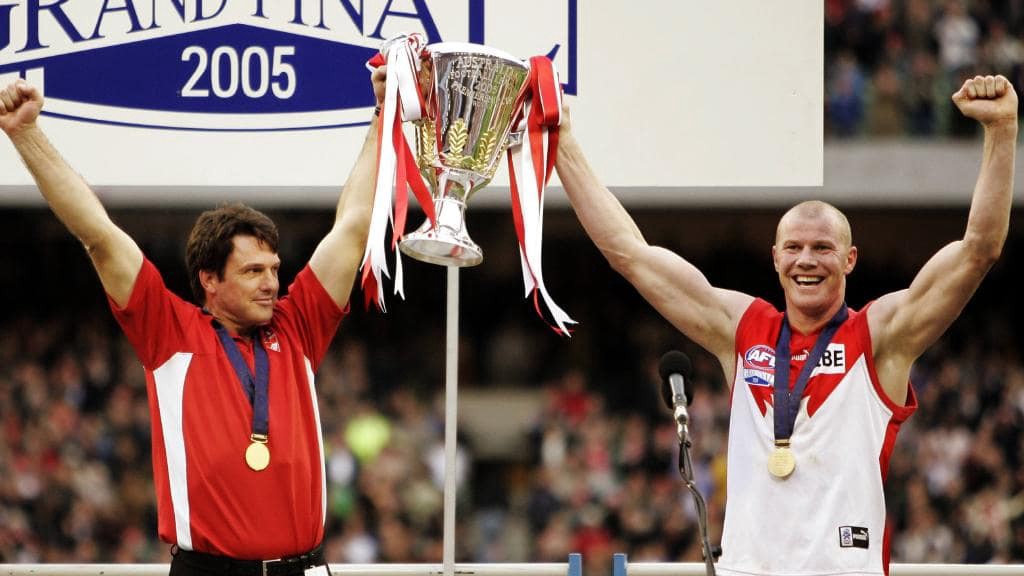 I had the pleasure of sitting down with AFL premiership-winning coach and veteran player of 356 games, Paul Roos, to talk all things leadership, team-building, culture change, mindset, and performance, for the Future Squared podcast.

An Australian Football Hall of Famer, he has won many accolades: seven-times All-Australian, the league’s most valuable player (MVP), and he represented Victoria on 14 occasions in the State of Origin.

After finishing as a player, Roos guided the Swans to the 2005 Premiership, their first in 72 seasons.

Today, Roos is a media commentator and also works with businesses and people to help them perform at the highest level.

This was a fascinating conversation, unpacking lessons learned from four decades of competing at the highest level, that transcend the athletic and business domains and stretch to how we lead our lives.

You can listen to the entire ninety-minute long conversation on the Future Squared podcast (wherever you get your podcasts) and below.

Lessons Learned on Leadership and Performance from Paul Roos

Focus on behaviors instead of outcomes

Surround Yourself with Great People

On Complacency and Ego

Steve Glaveski is the co-founder of Collective Campus, author of Employee to Entrepreneur and host of the Future Squared podcast. He’s a chronic autodidact, and he’s into everything from 80s metal and high-intensity workouts to attempting to surf and do standup comedy.