5 Ways to Turn Customers into Fans 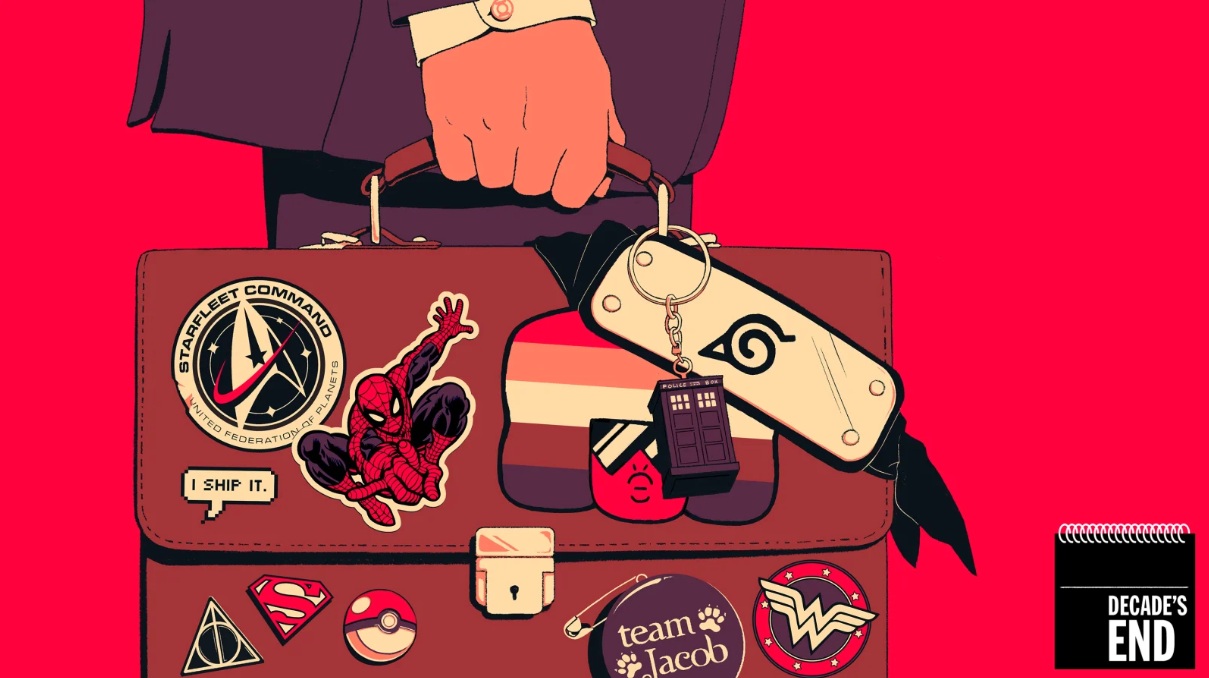 It’s hard to imagine hearing Harry Potter, Microsoft, Iron Maiden, and underwear in one sentence, but that’s exactly what happened in my conversation with Wall Street Journal bestselling author, David Meerman Scott, for an episode of the Future Squared podcast.

We explored the nature of fandom across myriad communities and organisations, which is incredibly important in a world where it’s becoming incredibly difficult to become the signal in the noise.

His latest book, Fanocracy: Turning Fans into Customers and Customers into Fans, deep dives into how brands build not just customers, but fans that can be compared with Comic Con and heavy metal devotees.

Scott, himself a fan of the legendary rock band, The Grateful Dead (he has seen them live more than sixty times and keeps a spreadsheet of every concert he has been to — now numbering over 700!), delved into the neuroscience of fandom and the notion of tribes.

Lessons on Turning Customers into Fans from David Meerman Scott

The Difference Between a Customer and a Fan

Scott shared that the difference between a customer and a fan is the sense of connection. A fan is emotionally invested into the brand itself and the experience of engagement.

From a neuroscientific point of view, Scott notes that humans are hardwired to look for a tribe of like-minded individuals.This is evolutionary programming at work and our survival instincts kicking in. Being part of a tribe ultimately gives us a sense of belonging and security.

Tribes can be anything… from family,= to a close group of friends, to the Harry Potter faithful.

Fans are also more likely to offer something of themselves for the enrichment of the brand. This means more genuine feedback and organic contribution from the fans. This is precisely how user-run forums, artist-run spaces, and social media-based communities function — without much direction from above.

This can have an enormously positive effect on business, as it gives the brand the ability to grow — to a degree — on auto-pilot.

1. A Brand Doesn’t Have to be Everything to Everyone

For most brands, it’s natural to want to be appealing to the most number of people. But as Scott rightfully points out, this is simply an unrealistic and impractical goal.

The truth is that brands with loyal fans often focus on fostering a specific set of values first. It is this set of values that fans tend to be drawn and cling to. If a brand does not have an explicit identity, it is unlikely that fans will identify with it.

Fans of The Grateful Dead tend to feel comfortable upon meeting each other for the first time during concerts, almost as if they already know each other. They share an interest and set of values — these values reflect the values of the band itself and the community it fosters.

Thus, brands should stand for something, rather than trying to be ‘everything’ to everyone’ and appeal to people who would jump ship for a slighter cheaper or different product without giving it a second thought.

2. Establish Proximity, Even in the Virtual World

An important feature of fandom is physical proximity. This is why conferences, conventions, and other kinds of social activities which bring people together are commonly held by brands. This way, customers socialize with the brand, acting as the ‘glue’ that brings the people together.

This coming together doesn’t need to be physical. The virtual world now allows space for sharing things without physical presence. This can be through videos, podcasts, constant social media engagement, and other strategies. This insight is particularly important today as we struggle with the need for social distancing in a pandemic-stricken world.

Our brains light up when we’re looking at someone on a video-call, almost as if they were there in person, providing both parties are within four feet of the camera.

3. Give Something Away Without Expectation of Reciprocation

Gift-giving is something that only the most intimate of tribes practice. This is why it is important for brands to practice giving away something for free to fans without expectations of receiving anything in return.

There are two kinds of fandom.

Curative fandom refers to the ‘official’ fandom, one that is directed from the brand itself.

Transformative fandom is directed by fans.

A great example of this is Me Undies, the popular ‘subscription underwear’ service.

Excited customers show off their new undies on social media with their significant others (and their dogs), amplifying the brand’s reach.

The act of sharing one’s photo on social media also fosters feelings of intimacy as it allows customers to share their most vulnerable selves.

The strategy supported the development of a closely-knit (excuse the pun!) community of customers bonding over their shared admiration of the company’s products, and also giving them an opportunity to both peacock and get after the dopamine high of likes.